90min's Definitive A to Z of Sheffield United

​Fun fact: The Blades almost signed Diego Maradona back in the 1970s; Sheffield United were in talks to sign Maradona and they nearly brought the then-17-year-old to south Yorkshire, but the board failed to provide the cash needed for the deal to go through.

United have been playing football since 1889 and have had some fantastic memories along the way.

Below are some facts, opinions, and some fun things about Sheffield United and the letters that define the club.

A is for Alex Sabella

What's quite funny is that United signed Sabella instead of Maradona. He would eventually go on to join their Yorkshire rivals Leeds.

B is for The Blades

The club got their nickname due to the city's history of steel production.

C is for cricket

​Sheffield United were one of the first clubs to incorporate the word 'United' into its name.

The club itself was formed by members of the Sheffield United cricket club.

D is for Dane Whitehouse A fan's favourite up next in the form of Dane Whitehouse, his loyalty to the club was admirable as he spent his whole 11-year career with the Blades.

The centre-midfielder made 52 appearances for them in the Premier League and ten in the First Division, netting 12 times.

E is for their excellent form

United have enjoyed a majestic return to Premier League life, and Chris Wilder will be very happy with how his team have performed this season.

They find themselves just five points from a Champions League qualification place.

F is for founding member Sheffield United participated in the first edition of the Premier League season in 1992-93.

If you claim to be a Sheffield United fan, then the law states that you must know this song.

You fill up my senses!

H is for history The Blades have an abundance of football history and they can be proud of it as well. The club have won four FA Cups in their 131 years of existence.

They also have a league title to their name, claimed way back in the 1897/98 season.

I is for Ian Porterfield

Ian Porterfield did some good for Sheffield United in the early 1980s - he won them the Division Four title in his first season, and two years later he brought them back to Division Two.

Then he was sacked...football is a crazy game sometimes.

J is for Phil Jagielka 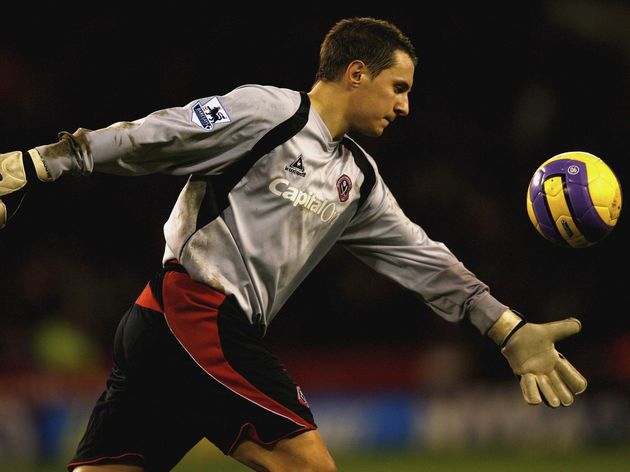 Oh what a keeper...not goalkeeper, this is just from the time he was forced to play in goal against Arsenal after Paddy Kenny got injured.

Phil Jagielka is a centre-back and he is in the hearts of every Sheffield fan young and old, despite the years he spent at Everton.

He's back where he belongs now.

K is for Kell Brook

The boxer is a massive fan of the Blades and attends a lot of games.

L is for John Lundstram John Lundstram has been sensational this season and if United do get to Europe, then they will have this man to thank.

The midfielder has scored five times so far this season in the Premier League.

Musa'ad is the chairman of the club and he will be a very happy man with their current position.

N is for Oliver Norwood

The vice-captain has been at the forefront this season and has been one of the standout performers for the club.

O is for Oli McBurnie When he isn't watching South Wales derbies, Oli McBurnie can be found sporting a Sheffield United shirt and playing in the forward role.

McBurnie has enjoyed a decent first season with The Blades, but he still refuses to pull up those socks though.

P is for Port Vale

That's right, United recorded their biggest ever away league win against Port Vale on 19 January 1929.

Q is for Quarantine

Due to the coronavirus pandemic all Sheffield United's players are all in quarantine just like the rest of the Premier League.

Except for Jack Grealish...

R is for Rodwell You might not know it, but Jack Rodwell is a Sheffield United player.

The midfielder joined the Blades in January and has made just one appearance for the club, coming in the FA Cup third round against AFC Fylde.

S is for the Steel City Derby 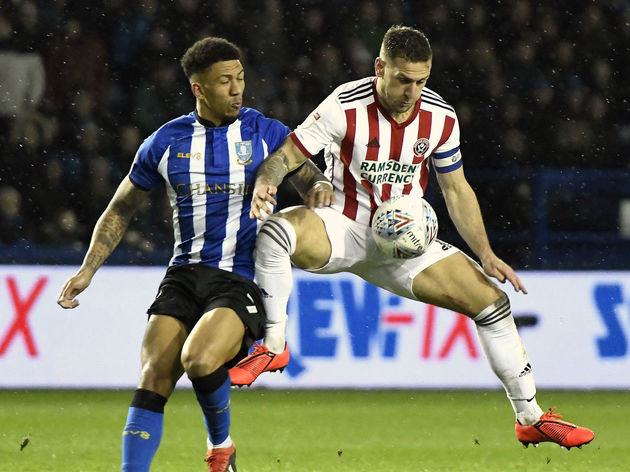 The Steel City derby is everything to Sheffield United and Sheffield Wednesday fans - it's a great watch and it has created some fierce games over the years.

It's widely considered to be one of the biggest matches in English football.

United currently have the bragging rights with the most wins in the derby with 49.

T is for Tony Currie Tony Currie was a great player for the club, he was known for his 'eye of the needle' passes and attacking presence. The fans nicknamed him 'Top Cat' and it stuck throughout his career.

The Englishman racked up over 300 appearances for the Blades during his eight years with the club.

U is for underrated youth academy

V is for Juan Sebastián Verón

W is for Warnock The man, the myth, the Warnock.

Neil Warnock is a legend in Sheffield, he brought a sense of stability to the club. He gained promotion to the Premier League in 2006 and will be remembered fondly by most fans.

X is for X-rated rivalry with West Ham

Slim pickings here, but everyone knows the story of the Tevez transfer saga and the grudge that came with it.

On the last day of the 2006/07 Premier League season Carlos Tevez scored the winner for​ West Ham against ​Manchester United. It saved the Hammers from relegation and it sent Sheffield down to the Championship.

Tevez was said to be under third-party ownership and the whole thing got very messy.

The Blades felt it gave West Ham an unfair advantage in the relegation battle and they are now deemed rivals, even though they are 180 miles apart.

Y is for Yorkshire Tea

Some would say the best cup of tea on the market....(other brands are available).

Z is for Zen The Blades have really come together in the last few seasons. They have surpassed expectation in the 2019/20 campaign and they have found their zen.

When football resumes it should be plain sailing for Sheffield United, so sit back and relax Blades fans.