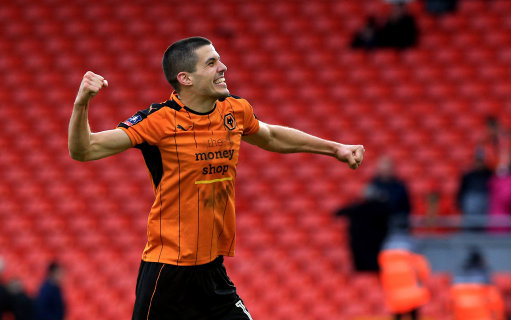 National newspaper The Mirror claimed that Sheffield United had made a bid for their former on loan midfielder Coady, 24, who was deemed surplus to requirements by the Molineux club - but it is understood that a bid has been rejected.

Coady spent most of the 2013-14 season on loan at Bramall Lane from Liverpool, after being drafted in by then boss David Weir. He is noted for scoring an equalising goal in the FA Cup Quarter-Final match at home to Nottingham Forest, which united eventually won 3-1. At the end of the season united missed out on turning his move into a permanent one, instead he joined Huddersfield Town.

Blades boss Chris Wilder has made no secret of his interested but Coady's surprise involvement in last Saturday's fixture with Middlesbrough, which saw him handed the captain's armband may suggest he has a future at the West Midlands club after all.