Brayford Told He Can Leave 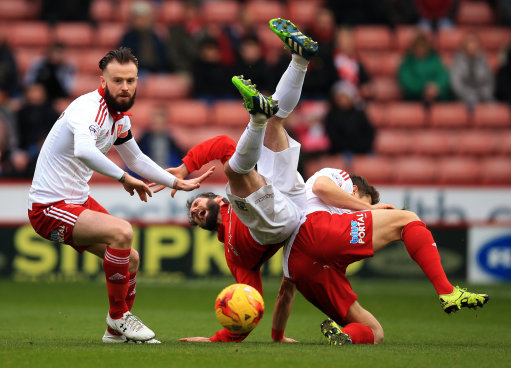 Brayford, 29 spent the majority of the 2016-17 season on loan at former club Burton Albion and following his return it has emerged that he is deemed surplus to requirements by Blades boss Chris Wilder.

He was signed by then manger Nigel Clough following a successful loan period in January 2015, and played an integral part in the squad which reached the Semi-Finals of the FA Cup which lost 5-3 to Hull City at Wembley. He had scored the winning goal against Charlton in the Quarter-Finals and the following season they reached the Semi-Finals of the League Cup (against Tottenham Hotspur) and the play-offs. They bowed out to Swindon Town despite drawing the second leg 5-5.

It is likely that Burton may come in to make a move permanent but otherwise the defender will join the squad for pre-season until he is sold.