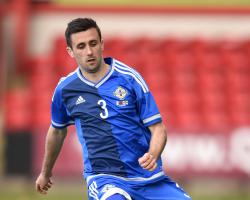 The 27-year-old had been on standby after O'Neill watched him against Bolton last month, but the international boss was initially reluctant to call him up and withdraw Lafferty from club duties with the Blades pushing for promotion to the Sky Bet Championship.

However, Lafferty has now joined up with his country for the first time since before last summer's European Championship.

Lafferty had been in the initial squad for Euro 2016 but failed to make the cut to travel to France having not played since March.

The full-back, capped on 12 occasions, has since moved from Burnley to Sheffield United and has played 32 times this term.