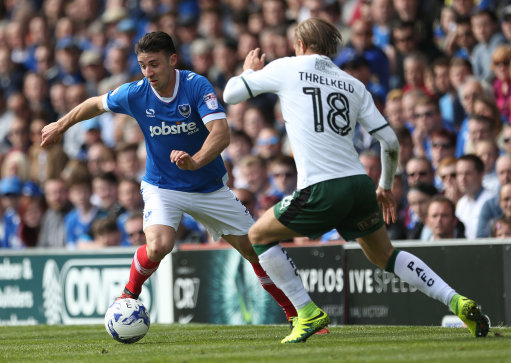 Stevens, 26 has become Chris Wilder's third summer signing and joins Sheffield United on a free transfer, following the expiration of his Fratton Park contact. He joins the S2 club along with newcomers Ched Evans (from Chesterfield) and Nathan Thomas (Hartlepool United), penning a three year deal.

He was virtually ever present last season, missing just one league game as Pompey raced to the League Two title on the final day of the season.

Blades boss Wilder told sufc.co.uk: "We had Enda at Northampton on loan and it was clear he needed to play regular football. He's done that over the last couple of years and picked up a few honours at Portsmouth. He is an attacking full-back and the way we play, the wide areas are important - Enda provides us with extra options. He is a good age and has designs to play international football."

Enda added: "I'm delighted the paperwork has been done early, it gives me the chance to settle in and concentrate on my football as soon as we report back for pre-season training. I enjoyed working under the gaffer for a short spell at Northampton and how he plays the game is similar to the approach at Portsmouth so hopefully it will be a smooth transition.