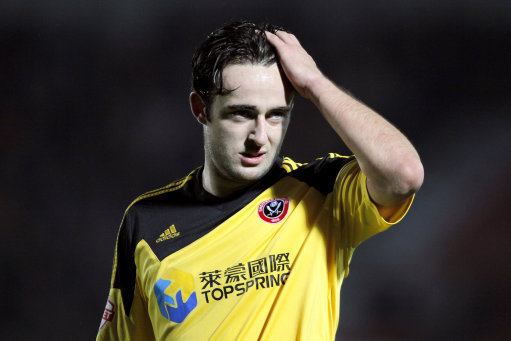 Baxter (pictured), 24 looks set to be handed a sensational lifeline with a return to professional football with Everton, where he started his professional career before moving onto Oldham Athletic and then Sheffield United in 2013.

He is currently serving a ban having failed a drugs test, proving positive for cocaine whilst on the books of the Blades. It was the second time he had been found with recreational drugs in his system.

It is understood that the current ban expires this summer and he will be able to sign professional terms with a football club. Baxter told The Times newspaper; "I'm speechless. Not many people get a second chance and here's me with a third chance."

Should the midfielder team up with Everton, he will be coached by former Blades defender David Unsworth; "It can be anything he wants it to be. As soon as he comes through the gates at Finch Farm in July he will be treated like an under-23 player and we work very, very hard. He will be given the same opportunities as everyone else." Said Unsworth.