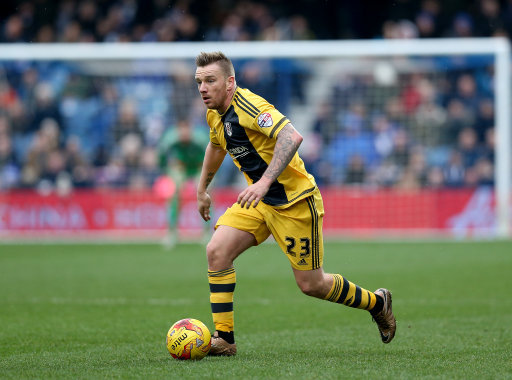 O'Hara (pictured), 29 has been released by Championship side Fulham after only one season at Craven Cottage where he played 32 games and scored once. He started his professional career with Tottenham Hotspur (after coming through the youth ranks at Arsenal). Following successful loan spells with Chesterfield, Millwall, Portsmouth and Wolverhampton Wanderers, he signed for the latter. Following his spell at Molineux he joined Blackpool before signing for the Cottagers.

Sheffield United and Charlton Athletic have been linked with a number of players this summer with United stealing both Mark Duffy and manager Chris Wilder from under their grasps. Both have been linked with the free agent according to westlondonsport.com, though with United looking poised to sign John Fleck from Coventry City, a deal with O'Hara (should he chose to leave the South of England) looks unlikely.