Blades Back In For Lolley 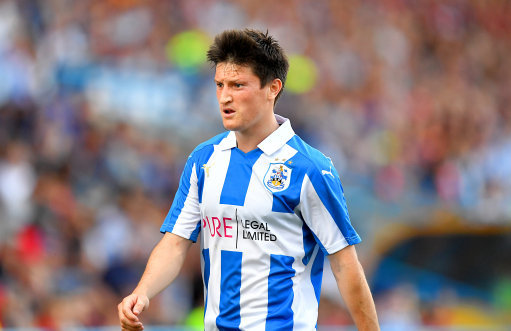 Show me the Lolley. Huddersfield striker Lolley could soon depart for Bramall Lane.

Huddersfield Town were promoted to the Premier League this summer via the Play-Offs and since joining the top elite 20 clubs, have established a 100% record, beating Crystal Palace (3-0) and Newcastle United (1-0) in their opening round of fixtures.

A snippet in a lead newspaper at the weekend suggested that the Terriers would pay cash for Freeman, or offer Lolley, who has been linked with Sheffield United recently, as part of the deal.

Lolley, 24 has yet to be involved in any of the West Yorkshire sides first team matches this season. He appeared 22 times last season and netted once (at Rotherham United) en-route to a Wembley win.

Owing to John Brayford’s impending transfer to Burton Albion, any transfer away from Bramall Lane for Freeman would leave the Blades very short on numbers in the Right Wing-Back position. It would only leave George Baldock (currently injured), who joined in the summer from MK Dons, as the clubs only player for that position.