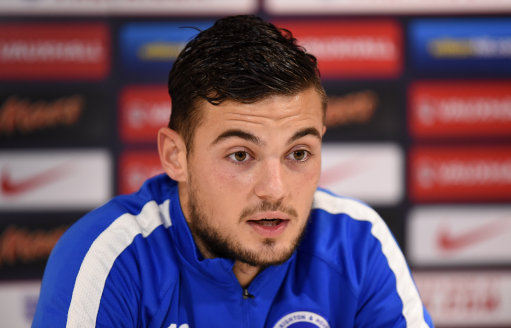 Forster-Caskey, 22 has been deemed surplus to requirements at current club Brighton & Hove Albion whom narrowly missed out on automatic promotion to the Premier League last season before falling foul in the Play-Off Semi-Finals against Sheffield Wednesday.

It is believed however that Rotherham United have stepped up in the race to sign the England U-21 International and have currently offered him a deal, though both Championship rivals Nottingham Forest and League One outfit Sheffield United have expressed their interests.

He was brought into the Brighton side via their Academy after rejecting youth terms with Aston Villa and Arsenal, making his debut in 2010. It is believed that he may reject a move to the New York Stadium as he wishes to remain closer to home - this would of course rule out any possibility of him joining United if this was true.