Fleck Next On Radar 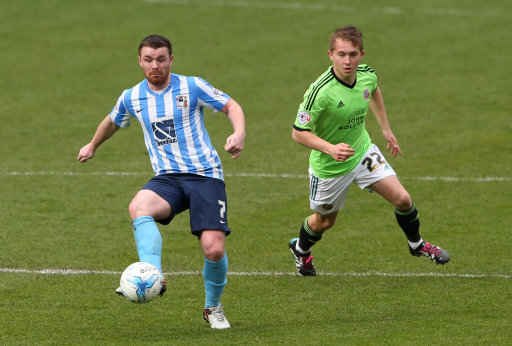 Fleck, 24 could become Chris Wilder's fifth signing of the summer, joining newbies Mark Duffy, Chris Hussey, James Wilson and today's arrival Jack O'Connell from Brentford. United have been linked with the Scotsman since January 2012 where he eventually (that summer) joined Coventry City following a loan spell with Blackpool.

However, Coventry City boss Tony Mowbray has appeared resigned to losing Fleck as he told the Coventry Telegraph: "Is it disappointing? He knew how much we wanted to keep him. He wanted to go to the league above but he’s gone to a club with a greater resource than us. Let’s see how he goes there. If they have the resource to tempt him that appears to be what’s happened."

Mowbray's words suggest that it is a done deal but no paperwork as of yet has been signed. Though I wouldn't be surprised if we don't see Fleck line-up among the new signings when the Blades travel to Stocksbridge Park Steels tomorrow, kick-off is at 3:00PM.