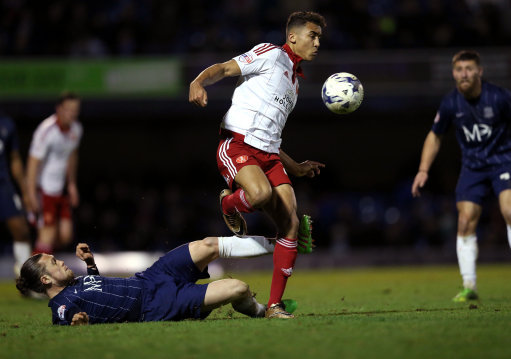 Calvet-Lewin, 19 has yet to score for Sheffield United in the dozen games he has played since making his debut in April 2015. He enjoyed at loan spell at Northampton Town last season, scoring ten goals in 20 appearances.

His performances has attracted the attention of the Premier League with Everton set to sign the young starlet in a deal believed to be worth £1,000,000. But should the Goodison park club sign Calvert-Lewin, he would go straight into their Under-21 side.