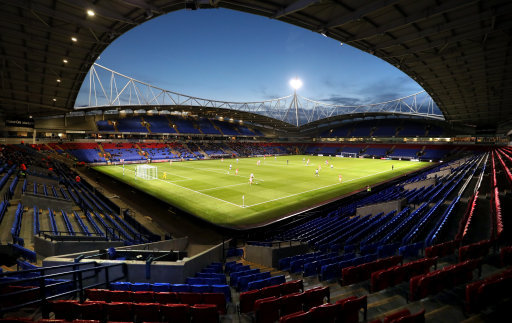 In the league, the Trotters are unbeaten in three matches and lay second in the table - just two points better off than the Blades. There last defeat came on 13th November in a 1-0 defeat at Peterborough United. Since then the Lancashire club have claimed home wins over Millwall (2-0), Coventry City (1-0) and at Northampton Town's (1-0) Sixfields Stadium.

Having already met in League One, the Macron Stadium club will no doubt hold the upper hand. The two sides met in Lancashire on the opening day of the season with Bolton winning 1-0.

Zach Clough grabbed the only goal of the game as in-form Bolton beat Northampton 1-0 at Sixfields. The Trotters moved into the automatic promotion places in League One after claiming an eighth win in nine matches, with this result their third victory in a row. However, it was the Cobblers who started the brightest. David Buchanan's shot on the turn tested Ben Alnwick and Matt Taylor rattled the upright after good work from Kenji Gorre. In between, Bolton's Sammy Ameobi volleyed straight at David Cornell.

Ameobi also had a close range effort blocked and Jay Spearing fired over before the Cobblers went close again through Sam Hoskins. But Bolton broke the deadlock in the 25th minute when neat play on the left ended with Ameobi putting in Clough and he beat the advancing Cornell from 10 yards. The impressive Clough was just off target with an overhead kick moments later as Bolton continued to look a threat going forward.

Northampton upped their tempo after the restart and began to ask questions of the Bolton defence, with substitute Marc Richards having an effort ruled out for offside. But the visitors went close when Tom Thorpe tested Cornell from distance.

The hardworking Hoskins was denied by Alnwick as Northampton sensed a deserved equaliser. They forced the issue in the latter stages, with Richards having another close range effort scrambled clear while Taylor was twice denied by Alnwick, who also thwarted substitute John-Joe O'Toole.

Bolton have no fresh injury concerns for their FA Cup clash with Sky Bet League One rivals Sheffield United. Striker Max Clayton could be handed a first start of the season following a lengthy battle with a knee injury if boss Phil Parkinson opts to change his line-up.

David Wheater failed to make the bench for last weekend's win at Northampton as he nursed a back injury, but the centre-back may yet feature against the Blades. Mark Howard (thumb), Darren Pratley (broken leg) and Mark Davies (knee) remain long-term absentees.