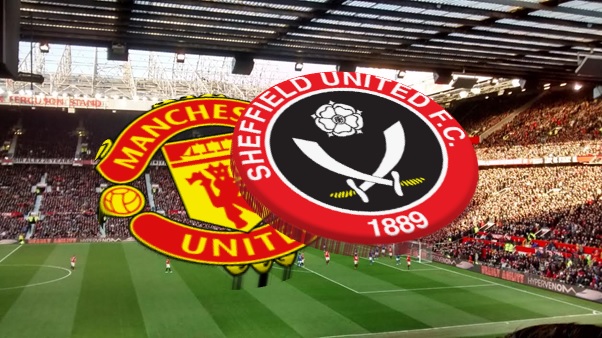 There's Only ONE United at Old Trafford...

It may be fair to suggest that the City of Manchester boasts the most famous team in the World right now who share the name United. Neutrals from overseas are likely to believe that the Red Devils are the oldest team to be called such a name, beating the likes of Leeds, Rotherham, Colchester and Sheffield. But the fact is that it is the Blades who are the oldest team (still in existence) to be named United. Initially they were called Newton Heath until the club went bankrupt in 1902 and re-formed as the club we now know today as Manchester United.

For the record, the first ever Football Club to be named United belong to Plymouth, who shares no resemblance to Argyle, before they folded.

Sheffield United have appeared in six finals since their formation in 1889, winning four of these. They were first triumphant before the millennium, beating Derby County 4-1 in 1899. In 1901 they are famously the only side ever to lose the FA Cup Final to a Non-League side, losing to Southern League outfit Tottenham Hotspur in a replay. They returned twelve months later and again, via the aid of a replay, where victors again with Southampton being the victims.

This cup tie may be the first meeting between the two clubs to be played at Old Trafford, but last year the Blades celebrated the 100n year anniversary of winning the FA Cup. Due to the outbreak of the First World War the majority of the spectators where filled by Army servicemen and with London out of bounds, Old Trafford became the first stadia outside the Capital (without a replay) to host the cup final. Sheffield United won the cup after shipping three goals past Chelsea.

Barnsley born Fred Tunstall scored the only goal in the 1925 final against Cardiff City. This proved to be the final time that Sheffield United have lifted the historic trophy and to-date the only time United have won at the Wembley Stadium, both old and new! They returned to the final in 1936 with Arsenal claiming a 1-0 victory.

Manchester United however have won this competition 11 times, just one less than rivals Arsenal. Their first taste of success came in 1909, beating Bristol City (1-0) but had to wait until after World War II to get their hands on the trophy again, Blackpool (4-2) this time the victims in 1948. 1957 and 1958 saw back to back final losses against Aston Villa (1-2) and Bolton Wanderers (0-2) at Wembley, but in 1963 were winners again, beating Leicester City 3-1.

Southampton defied the odds in 1976. As underdogs they beat the Red Devils by a single goal but, 12 months later they returned, beating Liverpool by two goals to one. Arsenal won the cup in 1979, beating United 3-2. Fourteen years later they reached the final again (1983) and after a 2-2 draw with Brighton & Hove Albion were forced to play a replay, winning by a convincing 4-0 score-line. They beat Everton (1-0) in '85 and Crystal Palace in a replay in 1990 as the reign of Sir Alex Ferguson began.

They were the first Premier League side to win a league and Cup double in 1994, beating Chelsea 4-0. This also marked the first of three back to back finals for the Lancashire side. Paul Rideout's header was enough for Everton to win the 1995 final and Eric Cantora's strike against Liverpool sealed the win in 1996.

Newcastle United fell victims in 1999 as they completed the famous treble. In 2004 they beat then Championship side Millwall 3-0 at the Millennium Stadium - to date this is the last time Manchester United has won the FA Cup. However, they would reach two further finals, losing to Arsenal on penalties in 2005 and in 2007 Chelsea became the first team to win the Cup at the new Wembley Stadium.

The 1985 final went down in the history books when, with 12 minutes remaining, Kevin Moren was sent-off following a professional foul on Peter Reid - making him the first player to be dismissed from a cup-final. In the 2005 Final, José Antonio Reyes got sent off in the final minute of extra time for Arsenal, receiving a second yellow card for a foul on Manchester United's Cristiano Ronaldo, having received a yellow card earlier in the game.

Sheffield United and Manchester United have met one another four times in the FA Cup during the two clubs long established history, but had to wait until 1990 until the first meeting took place. The Blades have beaten the Red Devils only once, this was in 1993 as goals from Jamie Hoyland and Glynn Hodges gave United a 2-1 win en-route to the Semi-Finals. This proved to be the start of a three year consecutive meetings between the two clubs, with Man Utd coming on top in both fixtures. In particular the 1995 encounter where Eric Cantona netted a famous chip over the head of Alan Kelly!