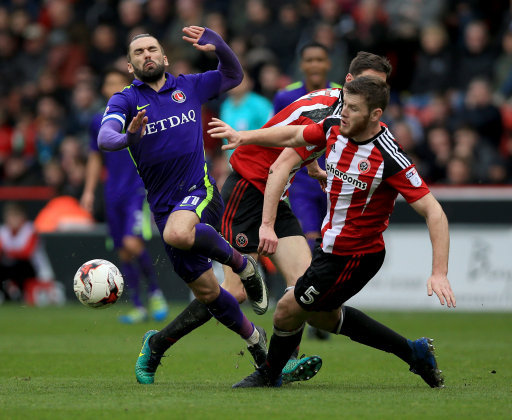 The Blades were victorious over Oldham on Boxing Day at Bramall Lane. Two Billy Sharp strikes sealed a 2-0 victory.

Whilst International football has put a stop to domestic proceedings for the top two Divisions, Leagues One and Two are in full swing this weekend. League leaders Sheffield United will be looking for their fourth straight victory and tenth match unbeaten.

Since their last defeat at home to Fleetwood on 24th January, the Blades have recorded six wins (and three draws), whilst they have scored 18 goals and conceded 9 goals.

Champions-elect Sheffield United moved another step closer to a return to the Sky Bet Championship with a 2-1 win over Charlton. Goals from Jack O'Connell and Daniel Lafferty saw the Blades come from behind to stretch their unbeaten run to nine games and extend their lead over third-placed Fleetwood to 10 points.

They had to do it the hard way after Charlton took a third-minute lead, when Ricky Holmes curled a superb 25-yard free-kick over the wall and past Simon Moore. It was reward for an electric start by the Addicks and it was almost two minutes later when Tony Watt's overhead kick hit the crossbar and bounced clear. The Blades finally settled and wiped out their deficit in the 14th minute when defender O'Connell headed home Mark Duffy's delicious delivery.

And they took the lead just three minutes after the restart when Lafferty converted at the second attempt following Declan Rudd's save from an initial header. Chris Wilder's side had chances to make it more comfortable in the second half, but Samir Carruthers shot into the side-netting and Chris Basham headed just over.

Sheffield United will be without defender Daniel Lafferty, who is also on international duty with Northern Ireland. Lafferty is hoping to win his 14th cap for his country in Sunday's World Cup qualifier against Norway at Windsor Park.

Blades boss Chris Wilder otherwise has a fully-fit squad to choose from as his side bid to extend their six-point lead at the top of the table. Striker Leon Clarke returned to training last week following an ankle injury and could be in contention for his first appearance since mid-January. 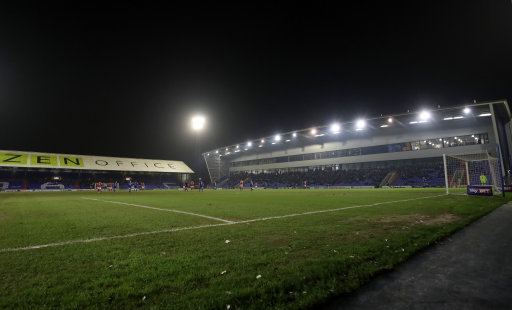 For the majority of the season, Oldham have been facing a relegation dog fight. They currently lay in 19th in the table with just three points, and two positions keeping them afloat from danger. A defeat for the Latics and results elsewhere could land them in deep water.

They have dug themselves out of the bottom four in recent weeks with promising results. Whilst they have lost just once in their last six matches, they are unbeaten in three with one victory at home to Oxford United, and two draws with Lancashire rivals Bury (0-0) and at Peterborough United (1-1) in their outing on 19th March.

Oldham were denied a valuable victory in their League One survival battle after being undone by a pair of substitutes in a 1-1 draw at Peterborough. John Sheridan's side hit the front at the ABAX Stadium as Lee Erwin struck for the third time in two games. The Leeds United loanee volleyed in an Oliver Banks cross after 11 minutes to make the most of a rare Oldham attack in a first half dominated by the hosts.

They succeeded in holding onto their advantage until the 73rd minute when two Posh replacements combined to great effect. Half-time arrival Marcus Maddison delivered a stunning cross from the left which was headed in by Junior Morias, who had been brought on after an hour.

Former non-league hot-shot Morias was a whisker away from completing a rapid turnaround when firing just wide four minutes later. Oldham then ended the game on the attack as substitute Temitope Obadeyi was thwarted by a Jack Baldwin recovery tackle before Anthony Grant bravely blocked as Aiden O'Neill came close. The deadlock left the Latics three points above the relegation zone.

Oldham could be without striker Aaron Amadi-Holloway for their League One clash with leaders Sheffield United. The 24-year-old, who has only missed one game since signing for the club in January, was forced off during last weekend's draw against Peterborough with a hamstring strain.

Defender Anthony Gerrard also limped off late on after catching his studs in the turf but is expected to be fit. Ryan McLaughlin is definitely absent after being called up to the senior Northern Ireland squad and Josh Law could take his place.