Road to the Second Round 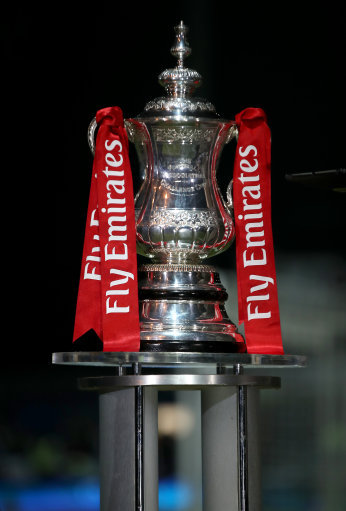 Liam Trotter helped Bolton scrape nervously past Grimsby 1-0 and chalk up a seventh successive win in all competitions. The League One high-flyers looked set for a comfortable day at the Macron Stadium when former Mariners loanee Trotter headed home Zach Clough's corner for his second goal of the season after 20 minutes.

Several chances went begging for Phil Parkinson's side and Jamie Proctor rattled the post but their failure to put the game beyond the plucky League Two outfit nearly cost Bolton dear. Grimsby came into their own after the break. Brandon Comley was denied by a brilliant Mark Howard save at point-blank range and Scott Vernon headed narrowly wide from Danny Andrew's left-wing cross.

James McKeown made two important saves from Sammy Ameobi and Proctor as Bolton - playing their first game at this stage of the FA Cup since 1992 - made a rare foray into opposition territory. Backed by nearly 2,000 travelling fans, Dave Moore's side pushed hard for a replay and nearly snatched one after substitute Rhys Browne stabbed a late effort towards goal but it was tipped round the post by Howard.

Harry Chapman scored a hat-trick as Sheffield United thrashed Leyton Orient 6-0 to ease into the second round of the FA Cup. Chris Basham, Stefan Scougall and Kieron Freeman also found the net for Chris Wilder's men. The visitors had an early opening when Ollie Palmer forced his way through in the area and forced Aaron Ramsdale to make a save.

United then took control and Basham scored with a close-range header in the 22nd minute after John Fleck darted into the area and delivered a pinpoint cross. Midfielder Scougall increased United's lead 17 minutes later after Mark Duffy's free-kick caused problems for the opposition defence. Freeman added a third goal with a diving header from Chapman's cross in the final minute of the half.

Chapman slipped the ball past Alex Cisak to score following a good run into the area nine minutes after the restart and then found the net again 15 minutes later after meeting a David Brooks cross. Chapman completed his treble in stoppage time, chipping over Cisak following a defensive error.