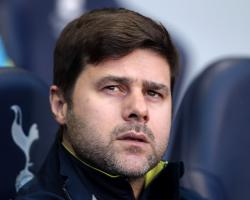 Sheff Utd V Tottenham Hotspur - view commentary, squad, and statistics of the game live.Vorm retains Pochettino faith Goalkeeper Michel Vorm has the complete trust of the Tottenham squad and manager Mauricio Pochettino sees no reason to drop the Dutchman for Wednesday night's Capital One Cup semi-final second leg at Sheffield United.Vorm's error deep into stoppage-time gifted Leicester a dramatic 2-1 victory at White Hart Lane on Saturday to end Spurs' interest in the FA Cup, as a scuffed shot from Jeffrey Schlupp squirmed over the line.Pochettino, though, sees no reason to ostracise Vorm, who had earlier in the fourth-round tie made some important saves, and to instead recall number one Hugo Lloris for the trip to Bramall Lane, where Spurs will defend a slender 1-0 lead."This is football

He made a mistake

Every player can make a mistake, we have full confidence in him and must give him support," the Tottenham boss said."He made two big saves against Leicester

His attitude is fantastic and nothing has changed, in one action he conceded a goal."I think it should be normal to play Michel

All games are important, and (overall he) had a good performance (against Leicester)."Spurs edged past the Blades with a penalty from Andros Townsend in the first leg.Pochettino maintained the Barclays Premier League side will not take Nigel Clough's League One team lightly, especially given the shocks in the FA Cup last weekend."Now we realise the level of Sheffield United

We have seen other examples in the FA Cup too, so we have to be strong in our minds and expect a tough game," the Argentinian coach said."It is going to be a difficult game in a good atmosphere and we have to be ready to fight."We have to improve our game and play more quickly than in the first leg, when we played in a very slow tempo."They played deep and we ended up playing the way they wanted us to play, so now we must play quicker and the way we want to play."Pochettino knows just what getting through could mean for Spurs' campaign."It is the most important game (of the season so far) because it is the chance to play in a final at Wembley," he said."It is important to have the opportunity to win a cup in March

I think that is very important and would be a very good thing for the club."Sheffield United midfielder Stefan Scougall has every belief another romantic chapter in the cup "fairytale" he has experienced since joining the club can be written.Following his switch from Livingston a year ago, Scougall has helped United spring a series of shocks and make considerable progress in knockout competitions.That has included beating Premier League opposition in Aston Villa and Fulham en route to a Wembley FA Cup semi-final against Hull, in which Scougall scored to put his team 2-1 up before they eventually lost 5-3.The 22-year-old Scot has also been involved in an upset against top-flight opposition in this season's FA Cup when QPR were despatched in the third round, as well a run in the Capital One Cup that has seen Clough's men defeat another Premier League side in West Ham and then one more in Southampton to set up a last-four clash with Tottenham.And on the prospect of United turning the tie around and making the Wembley final, Scougall said: "It has been a fairytale for me so far, only a year into my contract and having played in two semi-finals."To this day, I still don't really think it's true I scored at Wembley."This is a chance to get back there, and hopefully on Wednesday night we can put things right and play there in a final."It is a major stadium and to play there at any stage of your career is a great moment for you, your family and friends, and for your club and team-mates."Midfielder Ryan Flynn (Achilles) is United's only injury doubt ahead of Wednesday's game.After making eight changes for the 1-1 FA Cup draw at Preston on Saturday, Blades boss Clough looks set to revert back to a similar side to that which started the first leg against Spurs.Kieran Wallace and Che Adams, both cup-tied at the weekend, are available again while Kieron Freeman, who is one of three new signings United made last week, could come into the squad