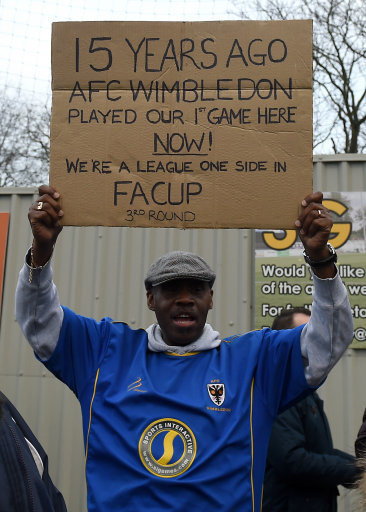 Sheffield United was firmly booted off of pole position last Saturday. The Blades home defeat to Fleetwood over a week ago, coupled with no fixture (due to FA Cup) last weekend, allowed Scunthorpe's 3-2 victory over Port Vale prove enough to overtake by a single point.

United were fortunate that Bolton were defeated against 10 men Charlton at the Macron Stadium. Tomorrow, both Scunthorpe and Bolton are away to Southend and MK Dons respectively.

Fleetwood highlighted their credentials as firm automatic-promotion candidates in League One by beating table-toppers Sheffield United 2-0 at Bramall Lane. Goals from Conor McLaughlin and Devante Cole stunned the Blades and extended the Cod Army's unbeaten run in the league to an impressive 11 games, moving them to within six points of second-placed Scunthorpe.

It was a thoroughly deserved three points as Uwe Rosler's men impressed from the off, taking the lead in the 20th minute when McLaughlin drilled in Bobby Grant's cross that was meant as a shot at the far post. They should have been 2-0 up at the break, but Simon Moore denied Wes Burns with an instinctive save when the striker went through on goal.

Billy Sharp was United's main threat as they chased an equaliser early in the second half, but Fleetwood killed the game when Cole latched on to Ethan Ebanks-Landell's weak header to lob Moore. The Blades, who paraded new signings James Hanson and Jay O'Shea before kick-off, pressed for a way back into the game but could not find it and have now taken just one point from their last three games.

Sheffield United's new signings Joe Riley, Jay O'Shea and James Hanson are hoping to make their debuts for the club against AFC Wimbledon.

Defender Riley, on loan from Manchester United, attacking midfielder O'Shea, on loan from Chesterfield, and striker Hanson, signed permanently from Bradford, could all play a part.

Striker Leon Clarke is still out due to an ankle injury as the Blades chase their first league win in four.

AFC Wimbledon duo Paul Robinson and Tom Soares are both in contention for the trip to Bramall Lane.

Defender Robinson, who was sent off against Sutton in the FA Cup replay, is expected to come straight back into the side and midfielder Soares, who joined the Dons from Bury on transfer deadline day, should make his debut.

Left-back Jon Meades remains sidelined due to an ankle problem and is expected to be unavailable for another couple of weeks.

Boss Neal Ardley has no fresh injury or suspension concerns.