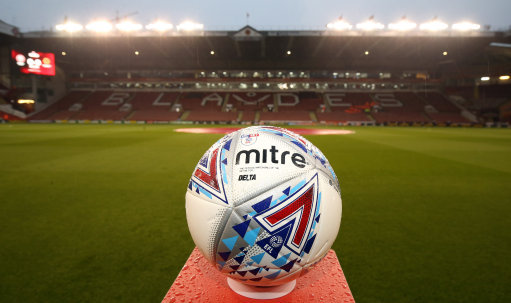 United were in fine form prior to the International break despite ending a fortnight's rest with a 2-1 defeat at Nottingham Forest. In the lead up to that loss at the City Ground, the Blades had masterfully won 4-2 at rivals Sheffield Wednesday and days later recorded a handsome 2-0 win at home to Wolverhampton Wanderers.

Blades boss Chris Wilder has somewhat of a selection problem ahead of him, and not for the right reasons. A list full of injuries will see the gaffer make a number of forced changes. Sheffield United defender Kieron Freeman is back in contention for the home game against Ipswich. Freeman has missed the last three games due to a rib injury, but is in line for a timely return as the high-flying Blades will be without George Baldock.

Baldock sustained a calf injury in the defeat at Nottingham Forest last time out and Freeman could step into the right wing-back role. Striker Leon Clarke and attacking midfielder David Brooks are among those pushing for recalls as the Blades bid to maintain their fine start following promotion to the Championship. Meanwhile Vice-Captain Paul Coutts is suspended after picking up five yellow cards.

Eighth placed Ipswich Town have an opportunity to sneak into the Play-Off zone should they claim maximum points at Bramall Lane tomorrow. Mick McCarthy's Blues head to S2 on back of a crushing 3-1 home defeat to Bristol City prior to their International break.

The Portman Road clubs away form isn't impressive; two wins earlier in the campaign at Barnsley (2-1) and Millwall (4-3) have given the Suffolk side six points from four games played.

Ipswich will be without midfielder Tom Adeyemi because of a hamstring injury. Forward David McGoldrick, who had been carrying a hamstring problem, was released early from international duty with the Republic of Ireland, but is expected to be in contention.