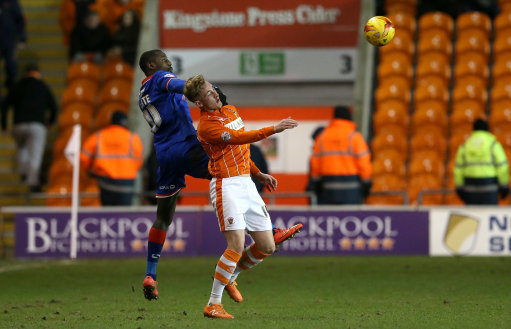 Despite laying in the bottom four and three points from safety, the Latics recent record could match anyone inside the top six. They won by a single goal at Shrewsbury Town on 26th January, ending ten games without a win, and since then have gone eight matches unbeaten which includes three victories.

They have drawn there last two fixtures 1-1 but are without a fixture since 1 March owing to last weekend's home clash with Swindon Town falling victim to bad weather, leaving their draw with Port Vale as there last professional action.

Oldham stretched their unbeaten run to seven games as they hit back for a 1-1 draw against Port Vale. Liam Kelly rescued a point for John Sheridan's Latics after the visitors led through Sam Foley's first goal since November. Carl Dickinson earned Vale the best chance of the first half, but Ajay Leitch-Smith could not make a strong connection with the defender's cross. Oldham sprung into life just after the break, carving out an opening for Matt Palmer before Curtis Main headed wide of the near post.

Vale went in front on the hour when Oldham keeper Joel Coleman failed to deal with Michael O'Connor's set piece and the loose ball was volleyed in from 14 yards by Foley. Leitch-Smith should have doubled the visitors' lead, but he blazed over an open goal after Coleman saved from Foley. Oldham levelled in the 68th minute after Anthony Gerrard was fouled by Richard Duffy.

Kelly's resulting penalty was superbly tipped onto the post by keeper Chris Neal, but Kelly converted the rebound from a yard. Aaron Amadi-Holloway could have won it for the home side, only to drag his shot wide after bursting into the box.

Oldham will have former United striker Jonathan Forte back available for Saturday's Sky Bet League One home clash with Sheffield United. Forte is ready to return after missing the last two games due to illness. Defender Danny Lafferty has returned to parent club Burnley following the completion of his loan spell. Meanwhile forward Dominic Poleon, another former Blade remains side-lined by a groin complaint.