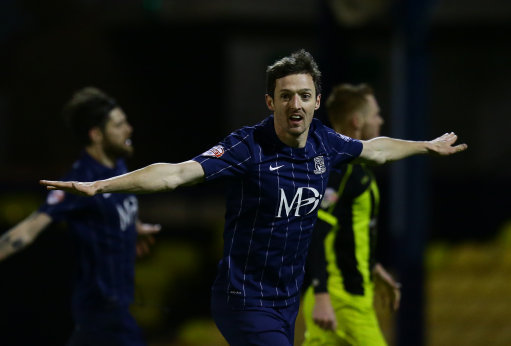 A trio of victories towards the latter weeks of January looked to push the Shimpers further towards the play-off pack, and at one point looked good outsiders in being this season’s surprise package. But the Essex side have won once and drawn twice in their last six games, and have dropped to mid-table, level on points with tonight's opponents Sheffield United. Their only victory came at Barnsley (2-0) on 12th March, and since then have drawn 1-1 with Gillingham and lost at Rochdale on Good Friday.

Rochdale moved to within two points of the Sky Bet League One play-offs with a 4-1 win against Southend at Spotland. In an evenly contested first period the visitors took the lead in the 28th minute when Donal McDermott was robbed of possession on the edge of the area by Anthony Wordsworth and his neat flick set Jack Payne free to clip the ball over Josh Lillis as the goalkeeper went to ground. Rochdale equalised four minutes before the interval when Michael Rose's cross from the left was helped into the six yard area by Callum Camps and Grant Holt fired into the roof of the net from close range.

The home side stepped up a gear after the break and quickly pulled clear of the visitors. Nathaniel Mendez-Laing struck the underside of the crossbar with a rising drive before Joe Rafferty scored in the 49th minute, side-footing McDermott's cross wide of Dan Bentley in the Southend goal. And Rochdale scored a third in the 62nd minute when Jim McNulty picked out Jamie Allen to smash home a low drive from 20 yards.

Southend midfielder David Worrall is back in contention and ready to play his part in the Blues' bid to make the play-offs. Worrall has been out of action for three weeks but is available again after overcoming an injury to his right leg which required 10 stitches, he was a used substitute in the defeat at Spotland, replacing Captain John White in the second half. Meanwhile Piotr Malarczyk could make his debut after the Polish defender joined on loan from Ipswich Town for the rest of the season.