Up Next: Brentford (H) 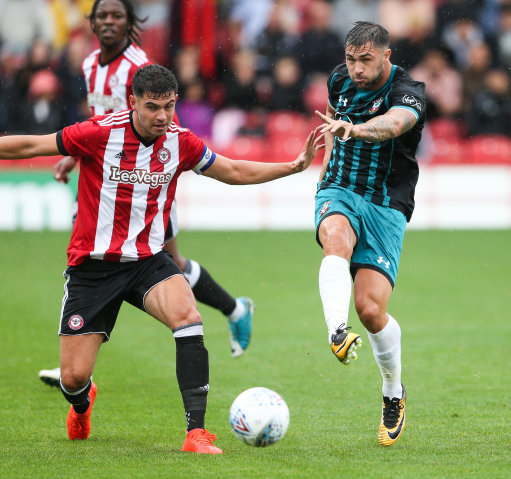 Brentford earned a vital point in their quest for promotion after a 0-0 draw at Sheffield United where referee Eddie Ilderton controversially took centre stage. Ilderton inexplicably awarded the Bees a penalty and showed Kieron Freeman a red card in the first half, despite the Blades defender clearly winning the ball. But the referee then overturned both decisions after a discussion with his linesman.

It meant Brentford were rightly denied the opportunity to take the lead from the spot, and despite both teams having numerous chances, neither could break the deadlock in an entertaining clash. Most of the Bees' opportunities game in the first 20 minutes where they could have had a three-goal lead but Marcello Trotta had a shot blocked, Clayton Donaldson planted a header from the resulting corner wide and Toumani Diagouraga fired just off target.

The Blades were only denied the lead by a superb last-ditch tackle from James Tarkowski which stopped Billy Paynter tapping into an empty net after Conor Coady broke clear. Then came the game's controversial incident 15 minutes before the break as Freeman superbly tackled Trotta, but Ilderton sent Bramall Lane into uproar by pointing to the spot and sending the on-loan defender off. However, after consulting his linesman Mark Dwyer, the Tyne and Wear official overturned his decision, gave a drop-ball and rescinded Freeman's red.

The second half offered both sides decent chances as Trotta tested Blades keeper Mark Howard's handling from the edge of the area while Ryan Flynn curled just wide for the hosts. But the match ended in stalemate meaning the Bees move five points clear of third-placed Leyton Orient, while the Blades' optimistic play-off hopes are dented. 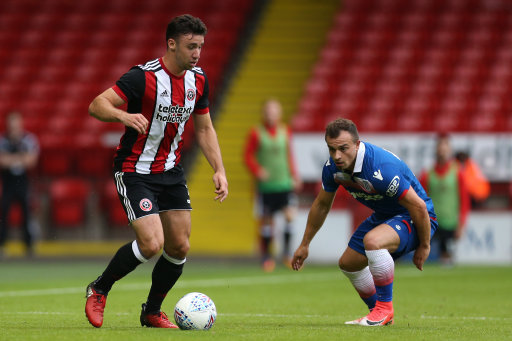 Blades boss Chris Wilder will be without former Brentford keeper Simon Moore (leg), who is absent through injury. He is likely to be replaced by on loan Chelsea stopper Jamal Blackman, with Academy starlet Jake Eastwood starting on the bench. New signing Ched Evans has struggled with his fitness in pre-season and is unlikely to make his second debut for the club.

Last Season: Brentford finished 10th in the Championship last season, despite losing on the final day to Blackburn Rovers (which couldn't save them from relegated). They ended the final six matches of the campaign with two victories, and two defeats - including an impress 4-0 win at home to Derby County.

Pre-Season: The Bees pre-season fiendly’s have gone really well, playing 6 friendlys and remained unbeaten throughout. The Londoners have been victorious at Aldershot (5-1), Oxford United (4-3), MK Dons (3-2) and at home to Spanish side Celta Vigo (2-1). They also drew with Southampton (2-2) and at home to Swiss club Lausanne-Sport (1-1).

We've Seen You before: Brentford boast just one former Sheffield United on their books. Defender John Egan joined the Griffin Park club from Gillingham in July 2016. He had previosuly been with Sunderland and joined the Blades on a month's loan in March 2012. He played just one match for Danny Wilson's side, on 6th March 2012 when the Blades lost 3-2 at Walsall - playing the full 90 minutes.