Snow-covered terraces at Highbury in London, where Arsenal played Sheffield United. It was one of the few matches not to be canceled by snow as the pitch has under-soil heating.

Colin Addison scored for Sheffield United as the Blades earned a point at The Arsenal. 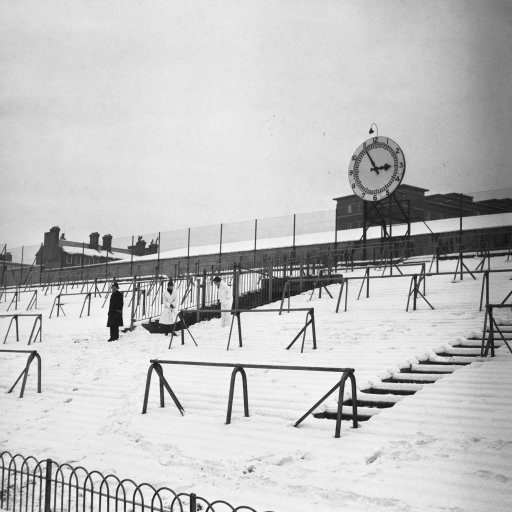