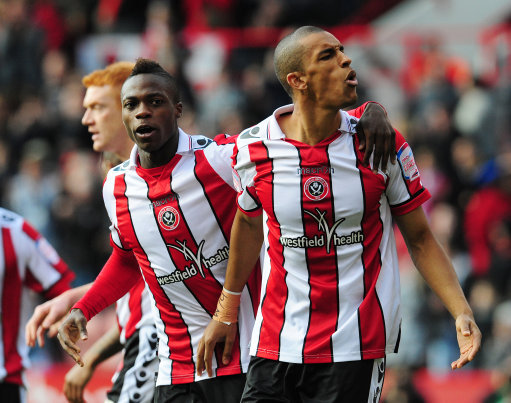 Oldham substitute Matt Smith struck seven minutes into injury time to rescue a point for his side in a 1-1 draw at unbeaten Sheffield United.

Smith side-footed past Blades' teenage goalkeeper George Long right at the death after Nick Blackman had put the home side ahead from the penalty spot early in the second half.

Oldham full-back Jonathan Grounds thought he had fired Oldham in front after 19 minutes but the former Middlesbrough man's follow-up to Robbie Simpson's parried shot was ruled out for offside.

United came out fired up for the second half and after captain Michael Doyle unleashed a rasping effort, which was tipped around the post by Oldham goalkeeper Dean Bouzanis, Blackman coolly stroked in his sixth goal of the season from the penalty spot in the 52nd minute after Jean-Yves M'voto was adjudged to have tugged Dave Kitson's shirt.

Striker Matt Derbyshire was denied an equaliser by Long after 65 minutes before Blades winger Ryan Flynn wasted the opportunity to seal the game when he slotted wide when through on goal three minutes from the end.

Danny Wilson's side were then made to pay when striker Smith slotted in Jose Baxter's inswinging cross. 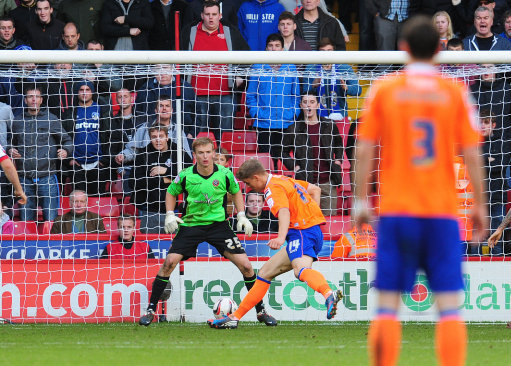