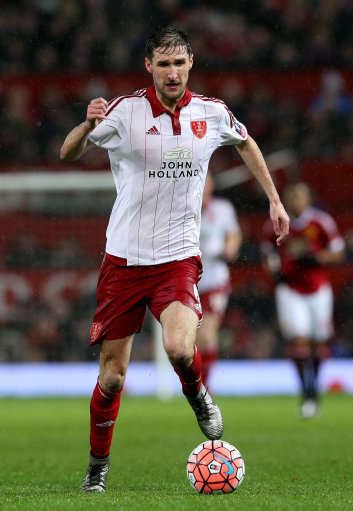 Chris Basham proved to be the catalyst in the first 45 minutes, getting a head onto the ball on the far post to give United the lead before jinxing past his marker to supply a cross for Billy Sharp to turn home. The win gave the Blades their third successive home victory, and Walsall's only second defeat away from home all season, as well as shove them up into eighth place, but still remain seven points within touching distance of the play-offs.

Nigel Adkins made changes to the side which lost at Southend the previous Wednesday. In came defenders Alex Baptiste and David Edgar, both of whom had been absent for different reasons. This meant McGahey and Whiteman dropping to the bench, whilst Basham was handed a different role, beginning the game as right wing-back in the absence of an injured Brayford.

In the early exchanges, both sides made attempts in seizing the upper hand, this went on for 20 minutes with neither side testing the opposing keepers. Though Adams came close when he flashed his shot wide and, at the other end Demetriou's free-kick hit the wall.

In one move the Blades came close on two occasions, but Etheridge stood firm to keep the hosts at bay. This would be a sign of things to come and within the space of five minutes, the Blades had pounced into a two goal lead. Done produced a deep cross into the box, perfectly positioned between the defence and the keeper and with Adams leaving, BASHAM snuck in at the far post to head home.

Walsall replied with Mantom firing straight at Long from 25 yards without any ventom to test the keeper. Scorer Basham turned provider as he first jinxed past Henry on the left hand side and his cross was intended for Flynn, but the ball somehow fell to SHARP whose volley was unstoppable from 12 yards out; 2-0.

United created the remaining chances of the first half, with the visitors fortunate to go into the break only two goals behind. Basham fired wide as he looked to add a third, and following Done's cross, Sharp saw his header cleared.

Throughout the season the Blades have been guilty of good performances in one half, but letting it slip in the other. But this could not be said in this victory against Walsall as United continued to cause trouble in the Saddlers half upon the re-entrance of the two teams for the second half. A Coutts cross was half cleared and Basham charged to volley into the Kop. At the other end, following a corner, Bradshaw was crowded out inside the box.

On 56th minute, McGahey replaced Baptiste, whilst Hammond was handed a customary yellow card - his 12th of the season!

Despite the game opening up, United remain in control. Coutts attempted a couple pot-lucks at goal via free-kicks, whilst Adams threatened with a burst of pace. Forde fired wide from outside the box with 15 minutes remaining, and the latter smashed against the wall when McEverley was penalised for a foul on Sawyers.

Slowing the game down, AdkinsA threw on Woolford and Calvert-Lewin for Done and Adams, either side of five minutes of added on time being announced. United largely defended during this period with Pennington header over for what was arguably the visitor’s best opportunity of the game.